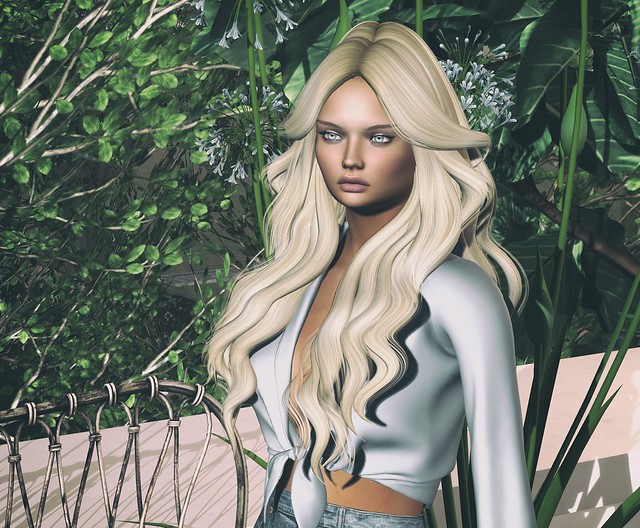 LeLutka is set to release several new heads this week. Here is a sneak peek of May. They are all bento, and with this release also comes an update to past bento heads Simone, Chloe, and Cate with new facial animations.  They range from a variety of moods you can cycle through, and even have more than one selected, as well as mouth poses and animations.  Also new, and what I really like, is the ability to toggle off one ear, rather than both ears to accommodate even more variety of different hairstyles. To read the full release notes, visit LeLutka‘s update post.

I’m wearing May with YS&YS’s Olga appliers. I really like how cute baby face May can run, and played around with a variety of skins, but settled on Olga for her.  I’ve decided my May/Olga combo make her look of Ukrainian descent. Yes, when I dress my avatar I reinvent her each time with a whole history and lifestyle. Virtual barbies ya know?  I’ve styled them with some recent releases from Exile and Ison that until tomorrow – August 8th, are available at Collabor88, thereafter at their main stores.